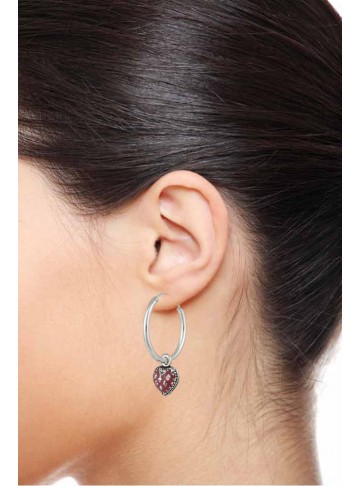 ₹950
A lovely red heart hangs at the bottom of this silver earring. Perfect for a date! 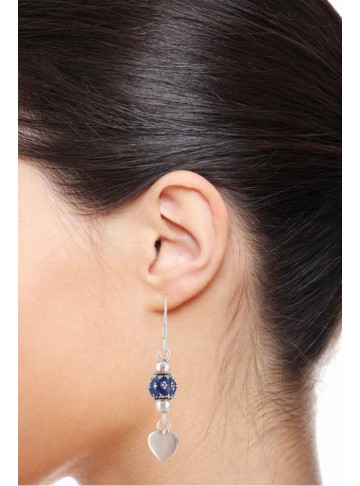 ₹950
A classic pair of blue drop earrings with a heart at the bottom. 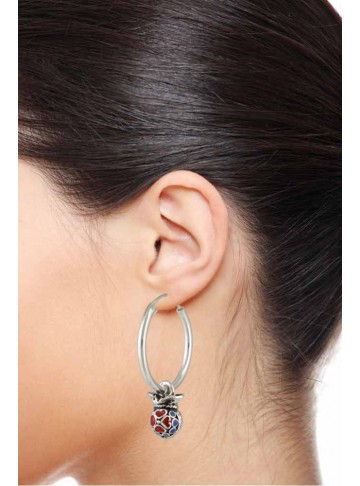 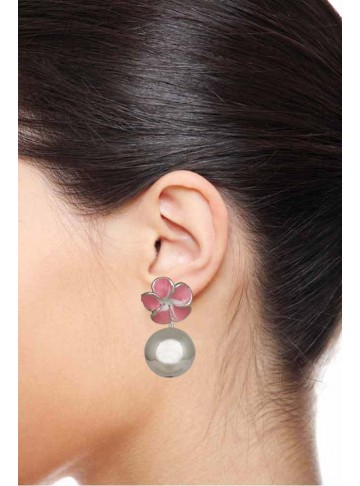 ₹1,350
A perfect blend of pink and silver is brought about in this handmade silver earring. 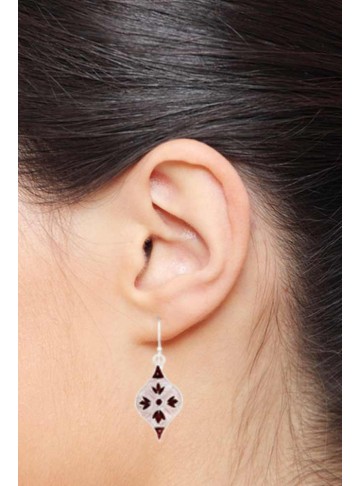 ₹700
A petal shape meenakari silver drop with red floral enamel work on it. Tiny yet eye-catching, these earrings are definitely something you must own. 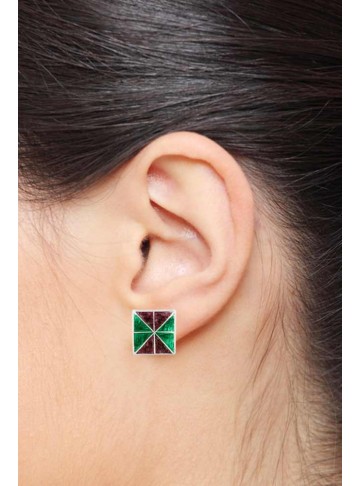 ₹700
Lovely criss cross enamel studs in green and dark brown for a funky look. Wear it with your western wear to office or an evening out to look classy
View

Every woman should have a few Meenakari jewellery pieces in her closet to match all her ethnic wear.

Meenakari Jewellery has its own traditional, magnetic design that’s unmatched elsewhere. The Meenakari embellishments are usually dramatic, colourful and traditional in nature. The designs are absolutely breathtaking with its rich culture and history. Meenakari Jewellery has been the most sought-after forms of jewellery to monarchs and kings, centuries back. Journeying through a long history of cultural legacy, this form of jewellery’s detailing art and ancient technique continues to appeal to the modern women.

1. What is Meenakari Jewellery?

Mina is the feminine form of Minoo in Persian, meaning heaven. Mina refers to the azure colour of heaven or sky. The Iranian craftsmen of Sasanied era invented this art and Mongols spread it to India and other countries. Minakari is the art of painting, colouring and ornamenting the surface of metals by fusing brilliant colours.

Meenakari Jewellery is enameled and engraved jewellery. The engraving can be done on a variety of metals such as gold, silver, brass & copper. Meenakari is a fine craft in which the metal surface is chiseled into shapes and enamel painted with different colours. The jewellery accentuates the impression similar to a flower or animal or bird. So, the idea behind meenakari Jewellery is to beautifully express various themes and occasions and give an elegant look to it. Theme is one of the most praised features of this technique which distinguishes it from other forms of jewellery.

Here are a few reasons why Meenakari Jewellery must occupy a prime space in your jewellery box.